Showing posts from September, 2013
Show All

Visualizing The Wheel of Time: Reader Sentiment for an Epic Fantasy Series 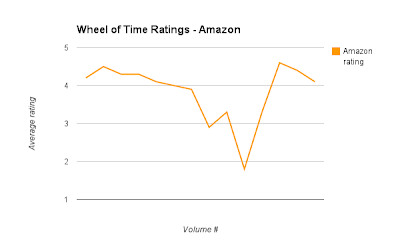 In the following blog post, I explore reader sentiment for the Epic Fantasy book series The Wheel of Time , as expressed in user-submitted ratings on Amazon and GoodReads. If you're a data scientist (or similar), you'll probably be interested in the data analysis which includes some interesting observations about the usefulness - or otherwise - of Amazon reviews. If you're a Epic Fantasy Series reader, you'll be interested in the outcome of my analysis: I've decided to go ahead and read all fourteen books. Note -   This is a spoiler free zone .  Updated 17th Sept: charts now more accurate, not quite as pretty * Recently, I was looking for a good book to read, and a friend recommended The Wheel of Time  series by Robert Jordan . But I'd heard from a few sources that the later volumes were harder going than the earlier volumes. Having struggled with later volumes of the Game of Thrones  series (sorry George ) I was wary of starting a mammoth fourteen vo
27 comments
Read more
More posts

James Siddle
London, United Kingdom
All round software engineer, technical product lead, data miner. My views are my own.

A friend recently told me about OpenFlights.org , a website that allows you to record, analyze, and share personal flight data. He showed me his dataset, which contained a record of every flight he'd taken over the past 10+ years. I was keen to investigate the dataset further, and my friend was happy to provide me with a copy so I could have a play (thank you Luigi!). The end result is the following collection of visualizations created in Gephi , with a little help from R . They show key transport hubs and routes for airports, countries, and continents that my friend has visited, and demonstrate some of the fun, insightful ways you can use such personal data. If you're interested in how the visualizations were created, check out the section at the end of this blog posting where I briefly describe the technologies required and steps involved. Note: OpenFlights.org is free to use, and supported by advertising and donations. You can join me in supporting OpenFlights.org v
Read more

I Know Where You Were Last Summer: London's public bike data is telling everyone where you've been 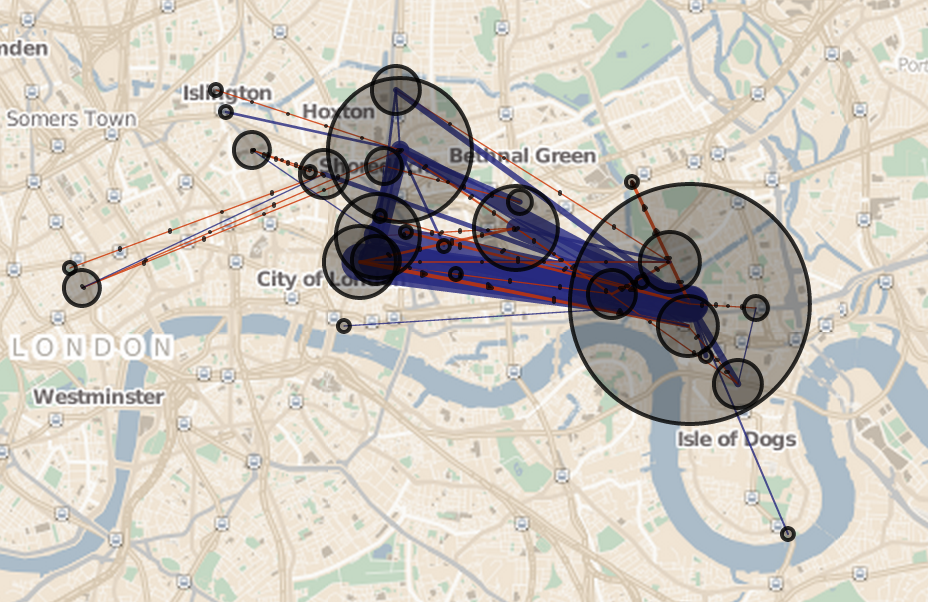 This article is about a publicly available dataset of bicycle journey data that contains enough information to track the movements of individual cyclists across London, for a six month period just over a year ago. I'll also explore how this dataset could be linked with other datasets to identify the actual people who made each of these journeys, and the privacy concerns this kind of linking raises. -- It probably won't surprise you to learn that there is a publicly available Transport For London dataset that contains records of bike journeys for London's bicycle hire scheme. What may surprise you is that this record includes unique customer identifiers, as well as the location and date/time for the start and end of each journey. The public dataset currently covers a period of six months between 2012 and 2013. What are the consequences of this? It means that someone who has access to the data can extract and analyse the journeys made by individual cyclists within
Read more 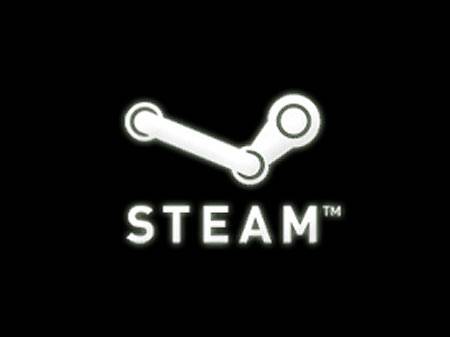 Introduction The Steam community API is a web service that provides public access to information about Steam users, their games, achievements, and other related information. In this blog posting I'll describe some of the interesting data you can access, as well as how to model, retrieve, and process that data. I'll also show you how to generate a few fun, simple rankings and statistics for a group of steam gamers.   This is primarily a technical article, but it concludes with the results of a simple analysis performed over a small number of friends and aquaintances on Steam, which may be of interest to the non-technically inclined. The examples shown here can be reproduced using the sample code found in this GitHub repository. It's a work in progress, but hopefully provides enough insight so you can either repeat the results or build your own equivalent. Accessing the API The first thing to know is that Steam community data is accessed using a RESTful web serv
Read more